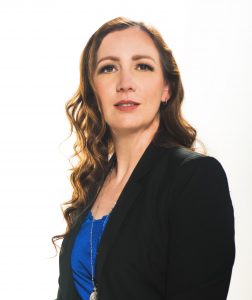 Having spent almost half her life in the military, Jaimie Inman knew that there was more out there in the world. The military provided logic, rules, and a system to get things done; here was a regulation for everything and a course of action for every problem. It is a great system, but it needed to be applicable to everyday life.

The military regimen is known for success, obviously, due to the precision and capability that makes it renown around the world. Order? Exercise? It all starts at a boot camp. The beauty is in the simplicity of the military boot camp.

Boot camps begin with the most basic of tasks for recruits, like making their beds and tidying the bathroom, to start with. Eventually, the group of individuals become a team, working towards one goal: to be in the military, to succeed, to graduate, to be a Soldier, Sailor, or Marine.

And really, it’s each individual becoming squared away.

Squared away is a commonly used military term. A person who is “squared away” is someone who performs at a high level, who is high-speed and low-drag. This person is put together, and has their stuff together, and because of that they can lead others to get it together.

Squared away is also situational. When a job is complete, a duty done and a problem is handled to completion, it is called “squared away.”

This was the idea behind Squared Away Feng Shui – to help you be the squared away person living in a squared away home, handling things, completing things and keeping your life and home in order, so that you are happier, more organized and more successful.

Today, order is frequently something missing in many homes, but it doesn’t have to be. Feng shui can help you take charge of your home to take command of your life.

Your leader? Jaimie Inman. She knows that today’s homes are as cluttered and in disarray as the outer world – and that prevents you and your family from functioning well, like simply getting out the door in the morning without major difficulty, like finding shoes and keys or getting a lunch made. 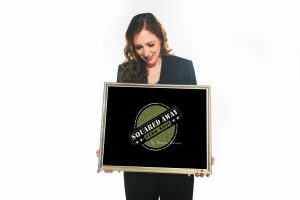 With this in mind, Jaimie found feng shui. Or feng shui found her. With the rules of feng shui, she found that the concepts and logic behind feng shui supported so many of the things that she learned in the military. The explanations of the environment, safe locations, and clutter free areas are just some to name a few. But the military never gave her the reason to stay orderly, and well, squared away. For the military, she was expected to do as she was told, it was just orders, after all. But feng shui? It provided the reason to be squared away, neat, put together, and orderly – it improved her performance, her work and home life, and that’s what made her choose a new direction in feng shui.

Jaimie is a successful single mom, former U.S. Army officer, and certified Feng Shui consultant, who now coaches and consults with clients. She uses her years of organizing and leadership to help others who feel their lives, careers, and homes are out of control. Because of that unique combination, she applies these principles of feng shui with a military sensibility and a civilian practicality to square away their lives.

For her, your path to success can be as simple as some of the basics of being in the military, like making a bed, tidying the bathroom, and creating order in your surroundings to make your life easier, more prosperous, and happier. Big accomplishments can be made with small things that add up to performing well, and creating a life that is squared away. And Jaimie wants to share what she’s learned – and what she lives – to help you and your family function better, be more successful and productive.